I started working in miniature for dollhouses and furniture in 2001. Prior to that I worked in other mediums in the arts and crafts area. I starTed in normal scale art and from there began to miniaturises and slowly arrived here in the dollhouse world. I refer to myself as a jack of all trades, master of none. I can generally pick up a skill quickly, get to a decent proficiency, but never become a tue master.

I grew up in regional South Australia, as the daughter of a long line of make do and improve pioneers. My family has been in South Australia since 1838, so adapting and making do in in the blood, so to speak.

I recently embarked on a new adventure, designing my own furniture. I have been heavily influenced by Charles Rennie Mackintosh, hence my Bath Street furniture and the Arts and Crafts era running into the Mid Century Modern era. I confess to being a 20th century girl, so most of my designs are relatively modern. 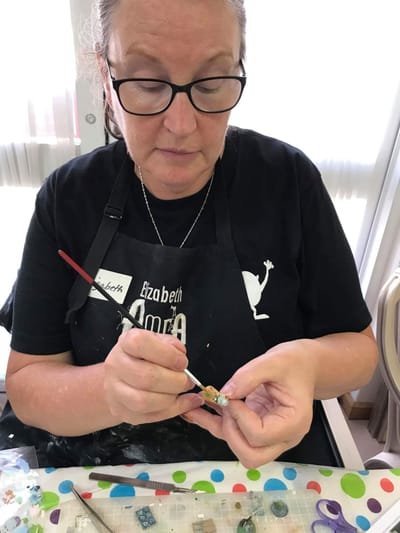